The Food Bank of East Alabama today thanked the Walmart Distribution Center in Opelika for donating over 20 million pounds of food in just over 20 years.

“On June 9, 2000, we sent out our truck to the Walmart Distribution Center to pick up the very first load of product that was offered to us.” commented Food Bank Director Martha Henk. “We could not have envisioned in our wildest imaginations how far that support from Walmart was going to go.”

“It’s hard to fully express just how big an impact the Walmart Distribution has on feeding the food insecure people in our community. We are just more grateful than we can say,” said Food Bank Executive Director Martha Henk. 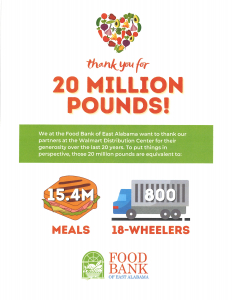 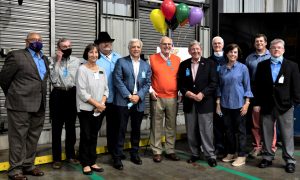 The Food Bank of East Alabama  is a 501(c)(3) non-profit organization and an equal opportunity employer and provider.  Federal Tax ID 63-1112492 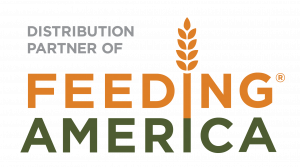 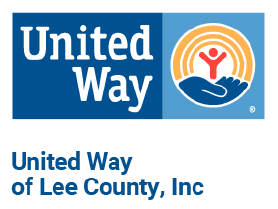 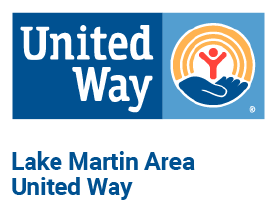